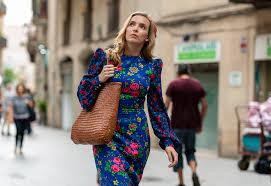 A French detective gets a spinoff, former college flames go on the run, and the most fashion forward assassin on TV returns early for a third season of murder and mayhem. Dispatches: Weekly TV newsAs part of AMC Networks’ “We’re With You” campaign, Sundance Now is offering the first seasons of “Liar,” “Riviera,” “The Restaurant,” “Public Enemy,” and “The Bureau” for free until April 14. […]  » Read More