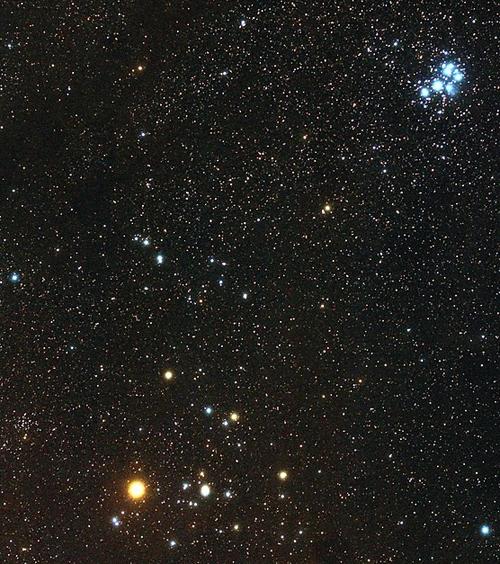 Red-orange Aldebaran is the brightest star of that color in the winter sky – at least this winter!In early to mid-evening in late February, you can find Aldebaran by looking south-southwest, to the upper right of the famed constellation Orion.Aldebaran blazes at about magnitude +0.85, one of the brightest stars of the night sky. Its red-orange hue is unmistakable. Its brightness is only slightly variable.The star appears at the end of a large pattern of stars shaped like a capital […]  » Read More